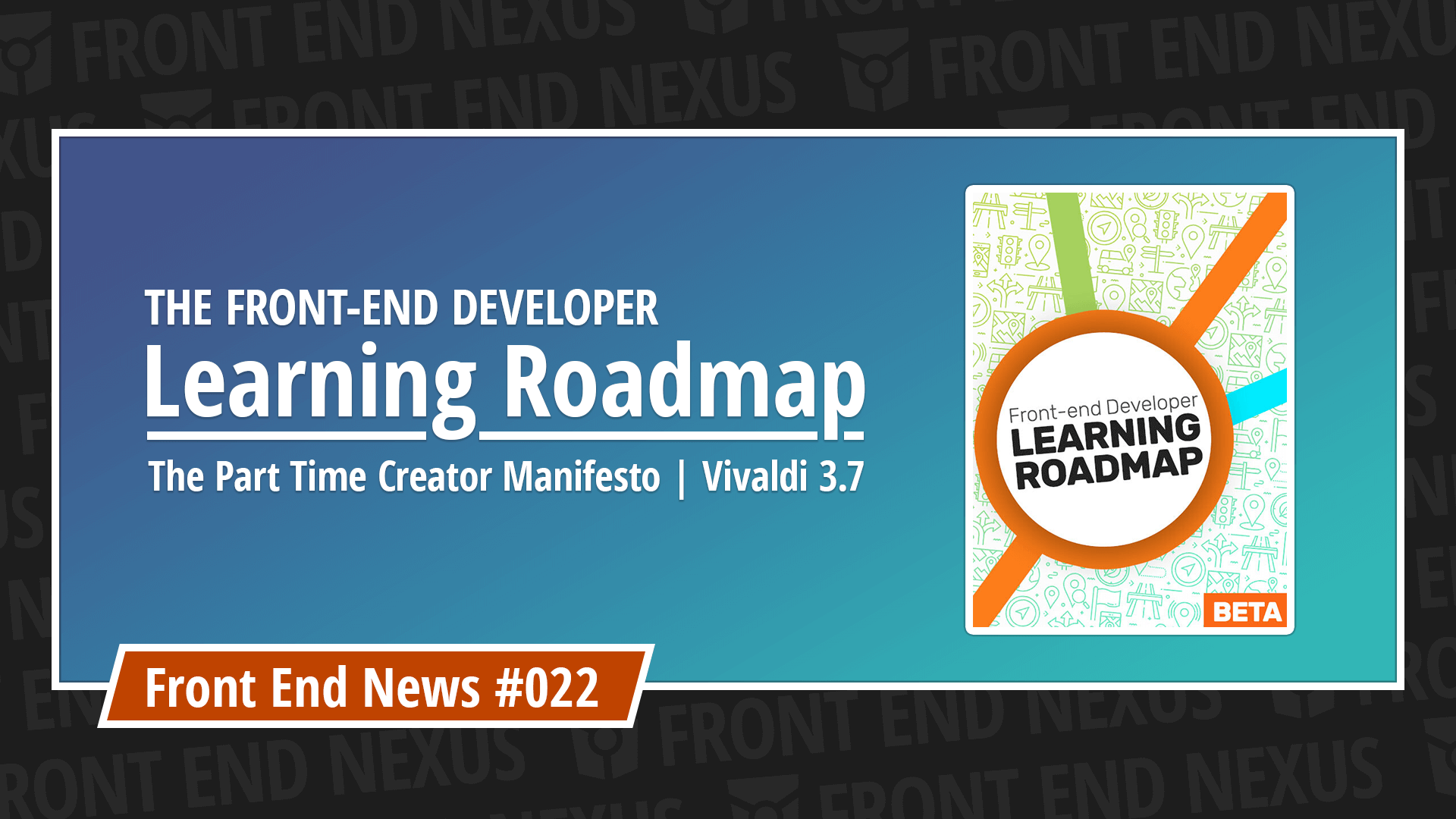 Front End Masters released an updated version of their Learning Roadmap for Front-End Developers. Those looking for inspiration to create content should read the Part Time Creator Manifesto. Vivaldi released version 3.7 for PC and Android. And the releases of the week include Gatsby v3.1, Ghost 4.0, and Node v15.12.0.

Front-end development has reached a high level of complexity over the last couple of decades. There are so many things to learn, that many new developers are feeling overwhelmed. That's why multiple handbooks and roadmaps have surfaced over the years. And the latest one comes from Front End Masters, a renowned hub of education in the industry. It is an interactive guide and it's meant to evolve. So be sure to check it often, to see what else was added.

Creating content is one of the tried and proved ways to raise your profile as a developer. If you are interested in walking that path, then you should have a look at the Part Time Creator Manifesto by @swyx. It can be the thing that gets you started.

Chrome 90, currently in beta, will bring us the AV1 encoder for WerbRTC, a new set of origin trials, new CSS features, and version 90 of the V8 engine.

The Microsoft Edge team also aligns with the changed release calendar of the Chromium project. The new 4-week release schedule will begin with version 94, planned to roll out in September.

Xbox users will also benefit from a better web experience without leaving their beloved consoles. The Verge reports that Xbox testers in the Alpha Skip-Ahead group can now access the new Microsoft Edge on Xbox One or Xbox Series S / X consoles.