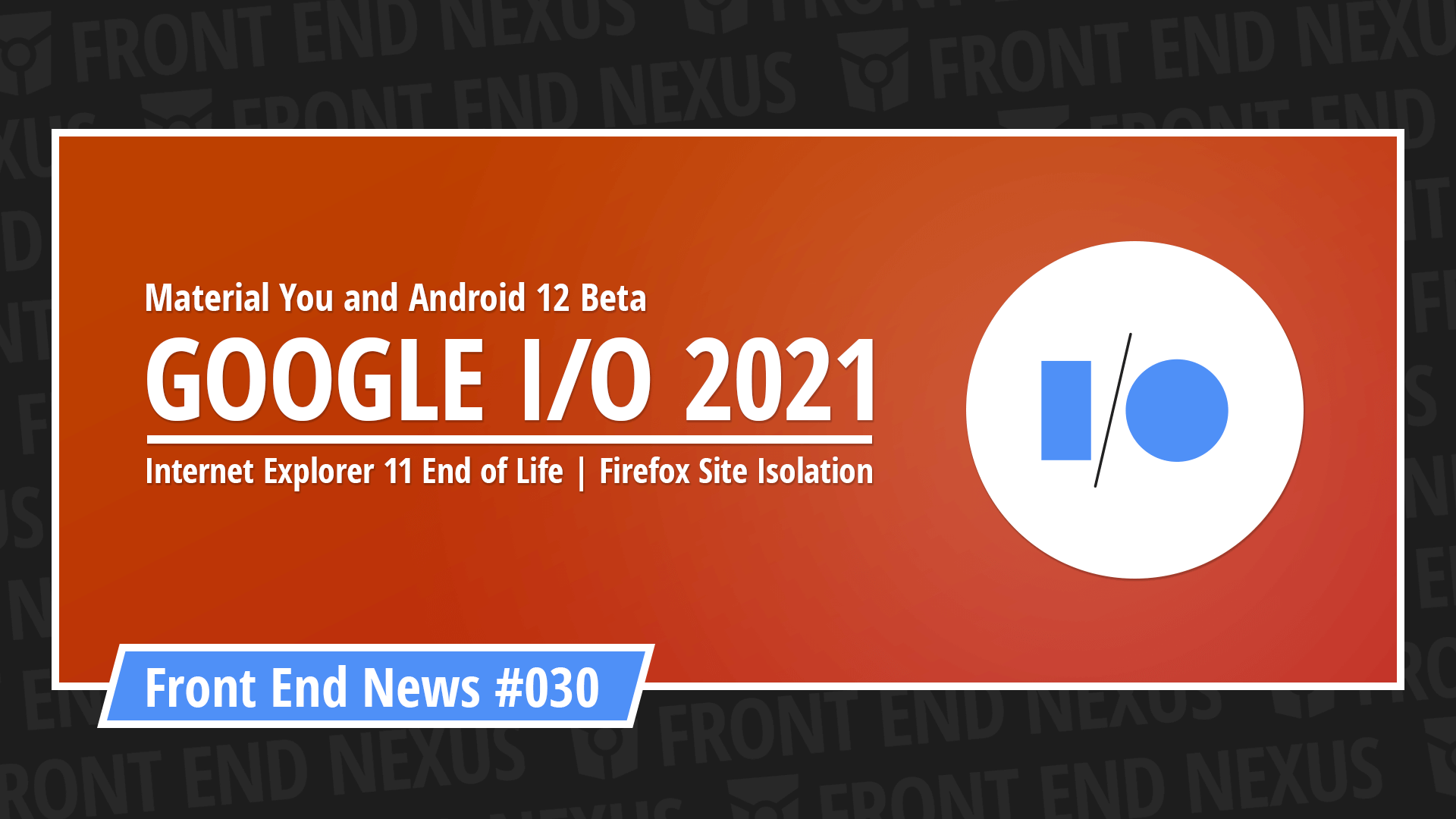 Material You and Android 12 Beta from Google I/O, the end of IE11, and Firefox Site Isolation

Google I/O announced (among other things) Material You and Android 12 Beta. Microsoft will end support for Internet Explorer 11 next year. Firefox is migrating to new security architecture. And new releases include Ghost 4.5.0, Node v16.2.0, Sass 1.33.0/1.34.0, and more.

What did Google I/O bring for developers?

Google held the attention of the tech world last week with its I/O event. Here are the highlights I think have a direct impact on web development.

We're getting an update to the Material Design paradigm. The new look will come first to Google Pixel later this year. We can already get a preview though with the new Android 12 Beta. Expect more details over the next months.

As I mentioned above, the beta version of Android 12 was unveiled at Google I/O. It promises unprecedented customization, fluid motion and animations, redesigned system elements, and more.

As expected, one of the presentations focused on Core Web Vitals. It featured case studies of companies that optimized their web presence and the positive impact generated by this change:

More details can be found in the article linked below:

The new responsive: Web design in a component-driven world

Una Kravets held a presentation I find very interesting. It focused on "Controlling macro and micro layout in a new era of responsive web design." Some major topics covered are container queries, how to deal with user media preferences, and some interesting ways to mix tried and true techniques with new exciting ones. What a great time to be a web developer.

We finally have a solid date for the end of Internet Explorer on Windows 10 - June 15, 2022. Legacy applications and websites will make use of the "IE Mode" built inside Microsoft Edge. More details are available in the official announcement.

Firefox is migrating to a new security architecture named Site Isolation. Essentially, this will load each website on its separate process. The feature is already available for some of the users of Nightly and Beta channels.