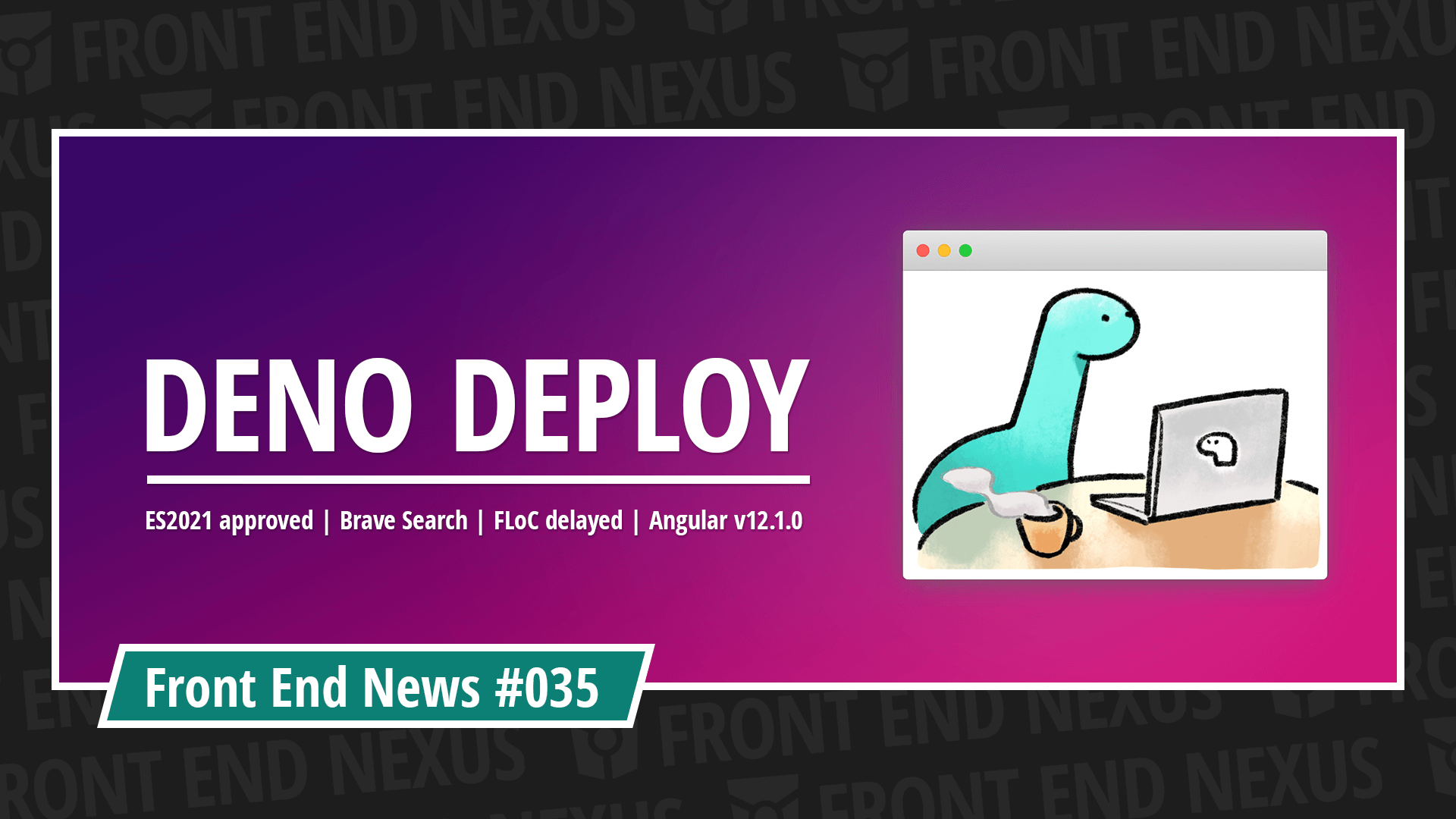 Deno Deploy is the latest addition to the Deno ecosystem. It is a "globally distributed JavaScript VM" running in 25 data centers across the world. The project is currently in the Beta 1 phase, with further releases scheduled for the coming months. You can use this service for free during the beta period. Pricing details will come once the project reaches the phase of General Availability

You can use your custom domain or you will receive a deno.dev subdomain. All deployments will have to run over encrypted channels. You can deploy a custom certificate, or you can use the one provided using Let's Encrypt.

ES2021 has been approved

The Ecma General Assembly has approved ECMAScript 2021. It is the twelfth edition of the ECMAScript Language Specification and it brings the following updates:

The support for these features is good in all major browsers (with a few exceptions). It means you can already start using them today if you haven't started already. Happy coding!

Brave is bravely taking on Google with the launch of their new search engine. The Beta version of Brave Search is available in the Brave browser. It can be also used via the official portal using any modern browser.

Brave Search is built on top of a completely independent index and doesn’t track users, their searches, or their clicks. There are no ads displayed in the search results during the beta phase. There are plans to offer options for both ad-free paid search and ad-supported free search later.

Google wants FLoC to be the future of tracking for targeting ads in an age without third-party cookies. The initial rollout encountered unexpected opposition from almost all other third parties. As a result, Google announced that it will delay the introduction of this new technology. They are committing to a public development and testing period that will last until 2023.

Chrome 91 included many improvements covered by the #Compat2021 initiative. One set of such improvements is called TableNG and it fixes over 70 issues with the way tables are rendered. The most spectacular change, in my opinion, is the option to use position: sticky on table rows. More details are available in the blog post linked below.

That's all I prepared for this issue. If you found something useful please recommend us to a friend and help us continue to grow.