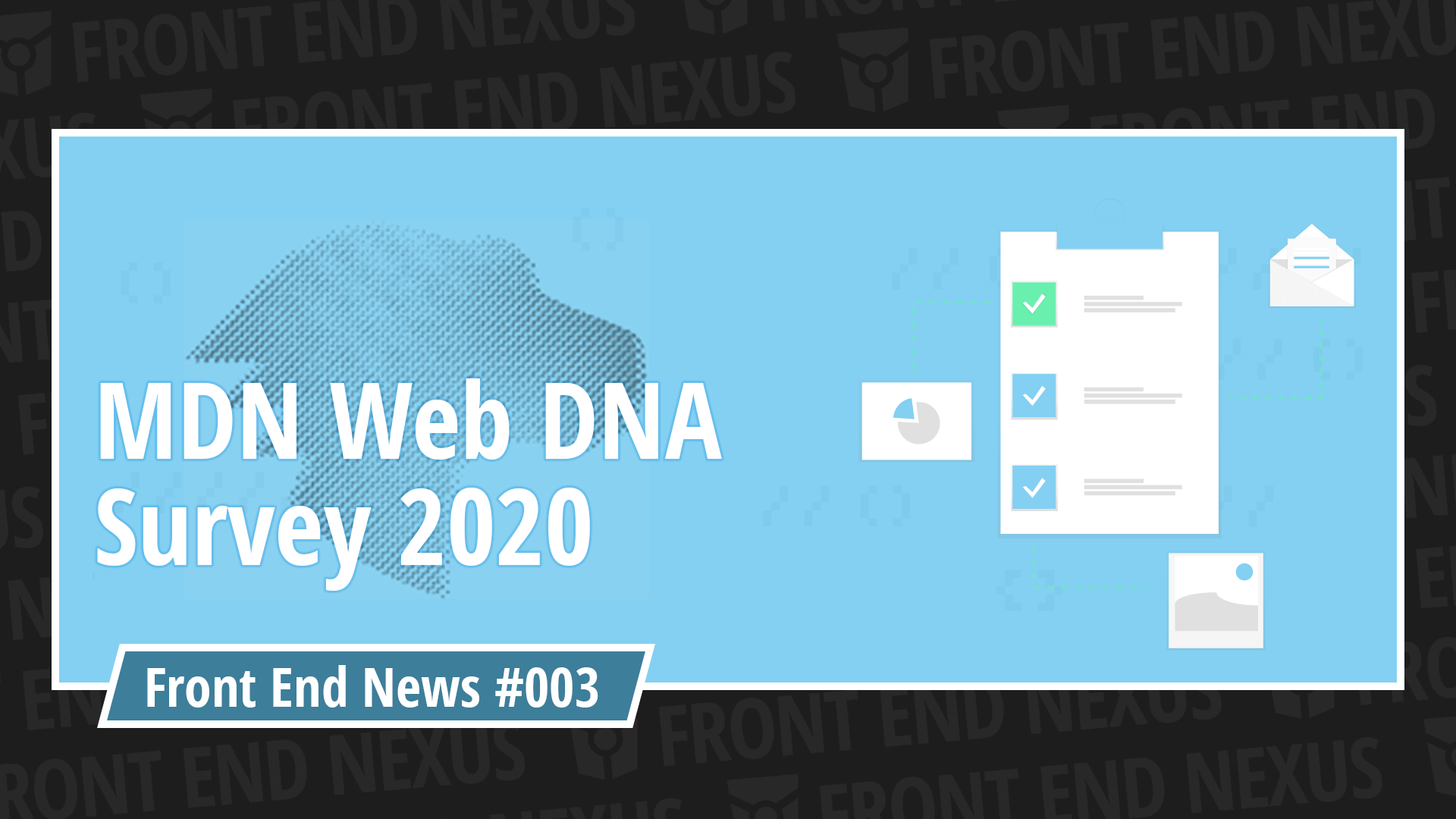 It's been a fairly quiet week in terms of noteworthy events. But that means people kept focusing on their jobs and the software section has some very important releases. So you can focus on updating your tech stack without having to deal with any unwanted drama.

The MDN team was heavily impacted by the recent layoffs at Mozilla. Yet the remaining ones are still doing their best to maintain the largest reference collection for web technologies. But they need the help of the community to know which areas they need to focus most.

Therefore you are invited to participate to the 2020 MDN Web Dev Needs Assessment Survey (and isn't that's a mouthful name - how fast can you say that again?). It only takes a little time and it can be of great help.

This week we only have updates from Chrome and Vivaldi. We're getting a preview of what's new in DevTools in the upcoming Chrome 87. And Vivaldi is updating to v3.4 on both desktop and Android with a surprise on top.

We're getting a preview of what's new in DevTools in the upcoming Chrome 87.

For me, the most important thing is the new CSS Grid tool. Chrome is finally catching up here with Firefox and that can only be a good thing. Now, if only they would implement the flexbox debugging tool as well...

Other notable changes are the new WebAuth tab, some tools changed their place and the Lighthouse panel is now running version 6.4. More details can be found in the official blog post below.

Vivaldi just updated their browser to version 3.4 on both desktop and Android. Based on Chromium 86, this release allows desktop users to customize contextual menus, add custom links to the "Open link" menu and to attach a screenshot directly to a note. Android users get an improved Speed Dial layout and a lot of interface tweaks.

The highlights of this update and the specific release notes can be accessed using the official announcements below.

But wait... that's not all! You can now "improve" your productivity with Vivaldia, a retro-looking side-scrolling game. Indeed, Vivaldi is now a full member of the "Browsers with Hidden Games" club. Don't forget to mute your sound if you launch it in the office or in the classroom. You were warned :)

By far, the most important update is the version 5 of Webpack. However, one such major version jump is bound to break something, so read the extra article I linked, read the release notes very carefully and things should be fine. Probably! Hopefully!

Writing and sending out a newsletter is an exciting experience. You have made a commitment to your subscribers to give them value with every issue you send and to be consistent with your schedule. Some weeks there's a lot going on and you have to decide what gets mentioned and what will be discarded. Other weeks you have to look hard for things to include. But each and every time there's a thrill to look at your dashboard and see that people have opened your email.

Thanks a million for being with me and I am looking forward to getting in touch with you next week with the next issue.

Have a great and productive week, keep yourselves safe and I will see you next time!