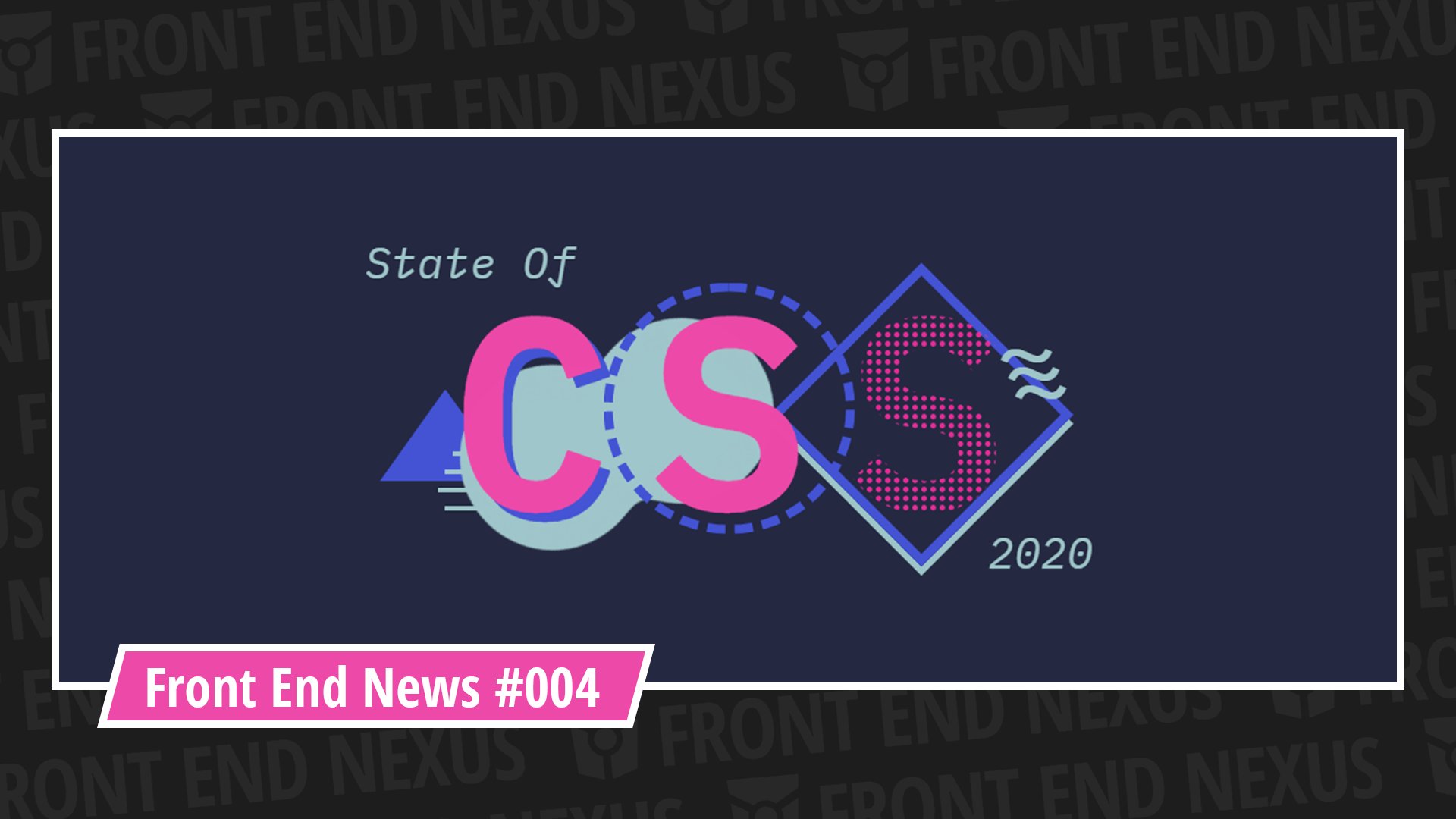 This past week didn't look like much when I was selecting the topics for this issue of the newsletter. Yet there are plenty of important updates, such as the new State of CSS survey, the preview of the upcoming editorial strategy for MDN Web Docs, the release notes for Firefox 82, or the major updates for widely used software like Node.js (v15) or React (v17).

So sit down comfortably, get a cup of your favorite beverage, and let's get started.

As the year draws to an end, we're invited to participate in yet another survey. This time it is the one on the State of CSS in 2020. Personally, I got a 57% knowledge score, mostly because I don't deal with CSS-in-JS or other more recent frameworks and methodologies. So I encourage you to participate and see where you stand in comparison with your peers.

There were many voices that expressed their concern over the future of the MDN Web Docs in the wake of the recent layoffs. That's why Chris Mills stepped up with an official post on the new editorial strategy and the ways they hope to make use of the community support.

The team also plans of migrating from the current Wiki format to a Jamstack approach, hosted directly on GitHub. We were promised more details in a future article.

Overall, this is great news. And if you are going to read the article, you should also take a few more minutes to participate in the Web DNA 2020 survey (which I mentioned last week).

The V8 team announced the newest branch of their project, which is scheduled to go live with Chrome 87. The highlights of this update include an enhanced API for native calls in JavaScript and the presence of Atomics.waitAsync. More details can be found in the official release notes.

The Microsoft Edge team has been fairly busy this week and they came forward with two important announcements.

The first one is about WebView2 becoming generally available. This is an embedded web control, built on top of Edge Chromium that can be built in any Win32 C/C++ application.

The second announcement is about Microsoft Edge becoming available for Linux users. Currently, this covers Ubuntu, Debian, Fedora, and openSUSE distributions. And if you find any issues, their Microsoft Edge Bounty Program now accepts submissions for Linux as well.

Firefox users got an update this week as well, as their browsers were bumped up to version 82. The upgrade boasts an improvement in performance, with flexbox-based layouts loading up to 20% faster and a session is restored up to 17% quicker than before.

Other features include support for the Media Session API, security fixes involving the Window.name property, and the option to inspect server-sent events using the dev tools.

As a CSS Developer, I am excited by the support for the standard ::file-selector-button pseudo-element, which allows you to select and style the file selection button inside <input type=”file”> elements.

Full details can be found using the links below.

Last but not least we got the Safari team, who released the notes for Technology Preview 115. The updates include stuff like the use of modern unprefixed WebAudio API, adding support for the CSS math-style property, and many other fixes. The full list is available via the link below.

They are also giving us an introduction to the use of Face ID and Touch ID for the Web. This will provide an easy way for all users of Apple devices to make use of multi-factor authentication instead of the traditional passwords.

This week is another one with major releases, including Angular 11 rc.0, Node.js 15, or React v17. If you are using any of these software packages, you should take a close look at the release notes.

That's it for this week. Thanks a million for being with me and I am looking forward to getting in touch with you next week with the next issue.

Have a great and productive week, keep yourselves safe and I will see you next time!