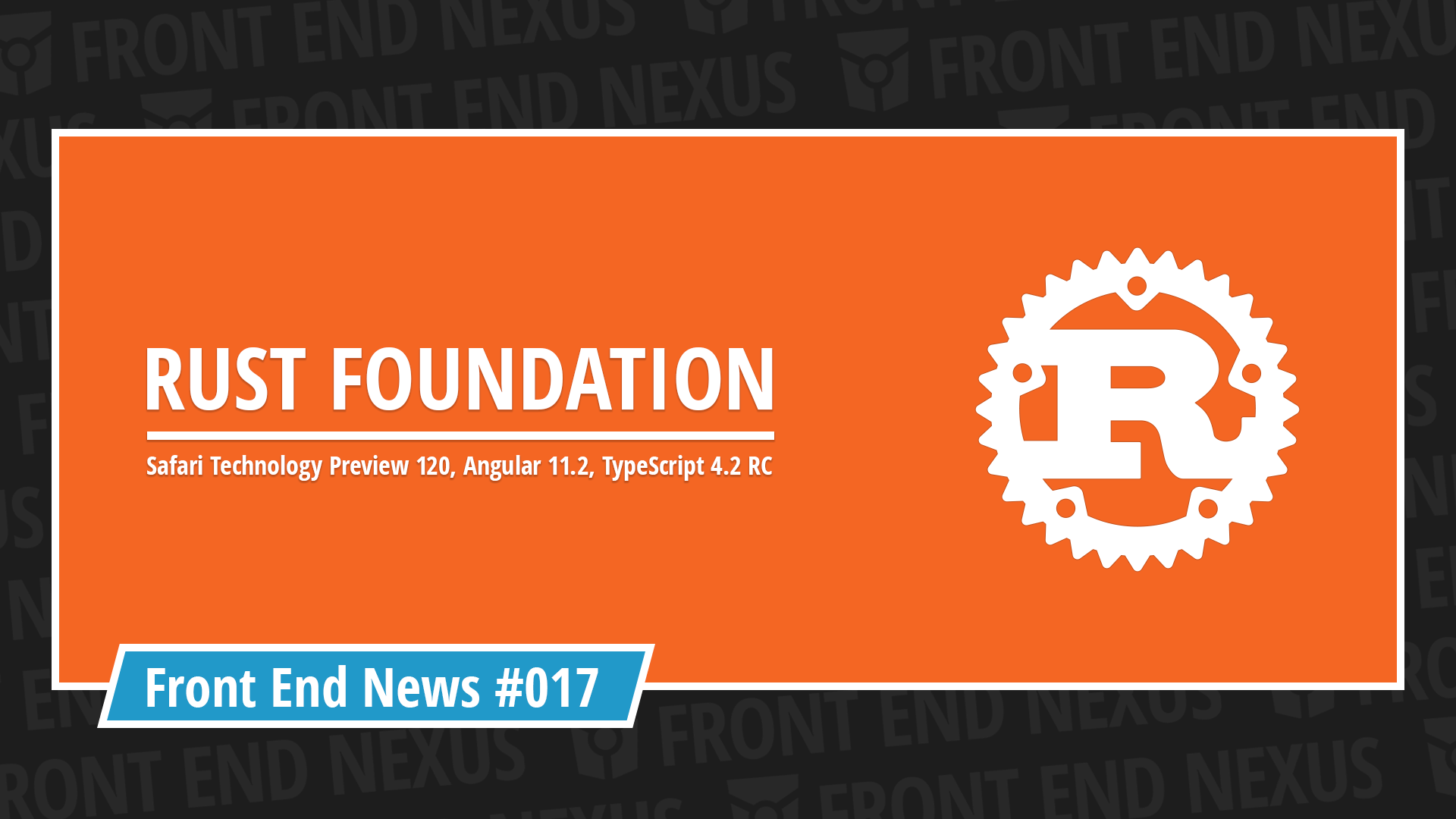 The Rust Foundation is now the new steward for the Rust programming language and ecosystem. Next, I have an article published by Wired.co.uk discussing the long term effects of the future takedown of third-party cookies in Google Chrome. Release notes for Safari Technology Preview 120 are out, and the main software releases of this issue are Angular 11.2 and TypeScript 4.2 RC.

A new non-profit entity, the Rust Foundation, was co-founded by AWS, Huawei, Google, Microsoft, and Mozilla. The organization will act as a steward for the Rust programming language and ecosystem, and Mozilla has already transferred all trademark and infrastructure assets to the new entity.

Google Chrome plans to ditch third-party cookies for good in 2022. Safari already took that step in 2017, while Firefox did the same in 2019. Yet Chrome holds the lion's share of the browser market, and it is their move that will force the shift in the industry.

As expected, such a move will have huge consequences, and online advertising will never be the same. You can find an analysis of the potential long-term effects in the following article.

We have yet another update to the Safari Technology Preview platform. I can see no ground-breaking announcements in the release notes, but the list of changes, updates, and bug fixes is consistent.