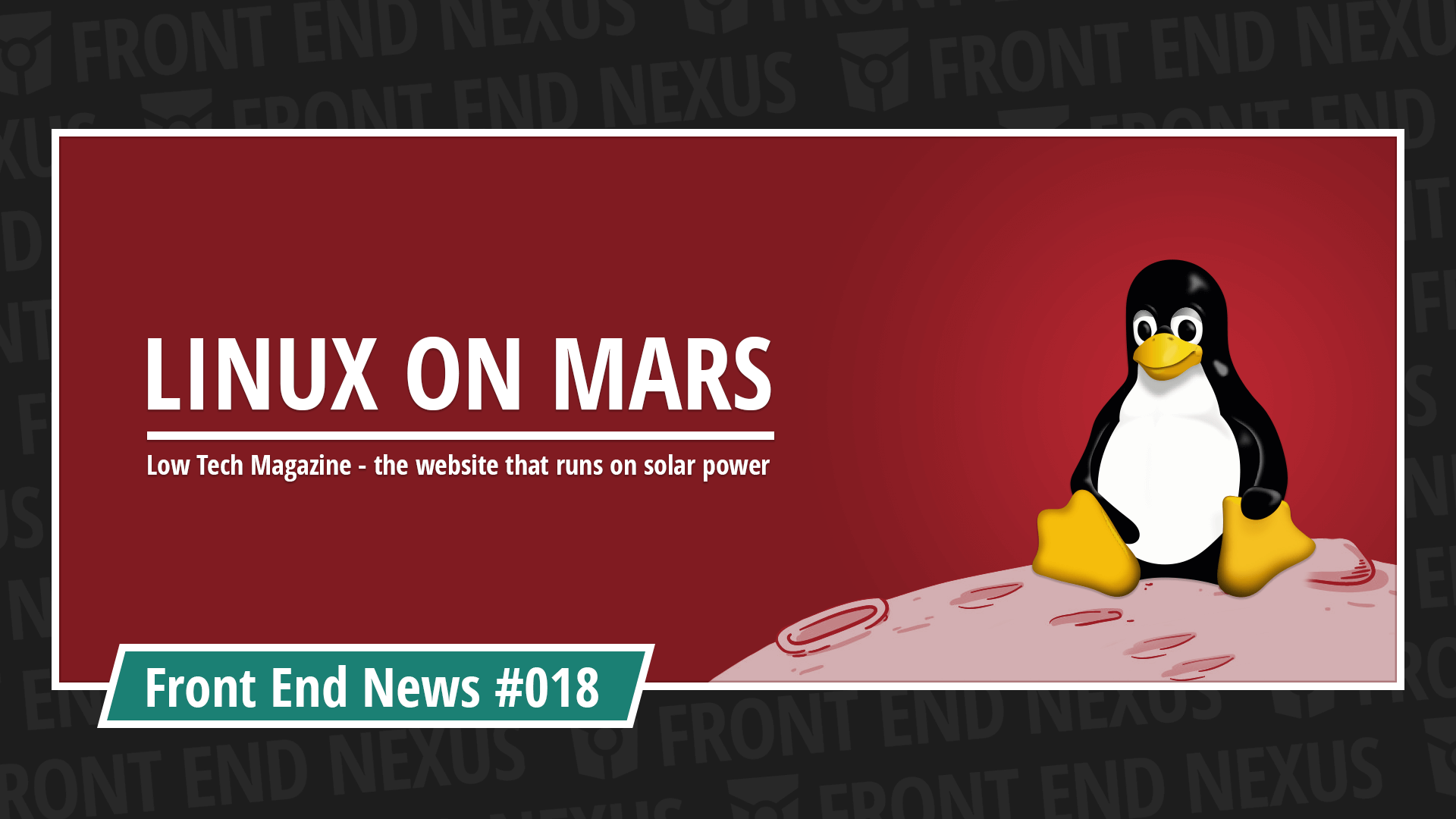 Linux drone arrives on Mars, how to run a website on solar power, and how to avoid npm substitution attacks

The biggest tech event last week was, without a doubt, the successful landing of the Perseverance rover on Mars. It is also the first time NASA used Linux in a piece of equipment delivered to another planet. We can now safely say there are more computers on Mars running Linux than there are running Windows.

On February 18th, the Perseverance rover landed safely on Mars. Tucked on its belly was Ingenuity, a Linux-powered helicopter. The first status report received from the craft indicates everything is within expected parameters.

Should all go to plan, Ingenuity will be the first aircraft to fly on another planet. What's more interesting is that most of the components are off-the-shelf ones. Batteries are similar to the ones in smartphones or laptops, and it runs on a Snapdragon 801 CPU (the same one as in the Samsung Galaxy S5 or the LG G3 smartphones). And everything runs on Linux.

This story comes after the successful use of Chromium and JavaScript in the UI for the Dragon 2 capsule that delivered two astronauts on the ISS last year. There is even a simulator for docking with the ISS (linked below) that everyone can try. It all proves that open-source technologies can find use in industries at the very edge of human progress.

And we can all say that, after JavaScript became "rocket science", Linux is now literally "out of this world".

I'm keeping the trend of extreme efficiency with the next topic - a website hosted and delivered using solar power only. And yes, that means it goes down if the weather is bad for a long time. I especially love how the background color of the page shows the charge level of the battery that runs everything during the night.

Nowadays it's very common to develop projects that have hundreds of dependencies. And each link of this "supply chain" is a potential target for malware to infect your code. That's where this article on code security from GitHub can help. There is a lot of actionable advice there (even for a complete noob like me), and it includes links to even more resources.

Everything is competing for our attention nowadays. That's why the Microsoft Edge team is exploring new ways to handle notifications. Their declared end goal is to have websites that engage with users without annoying them, and for users to not miss anything important to them.