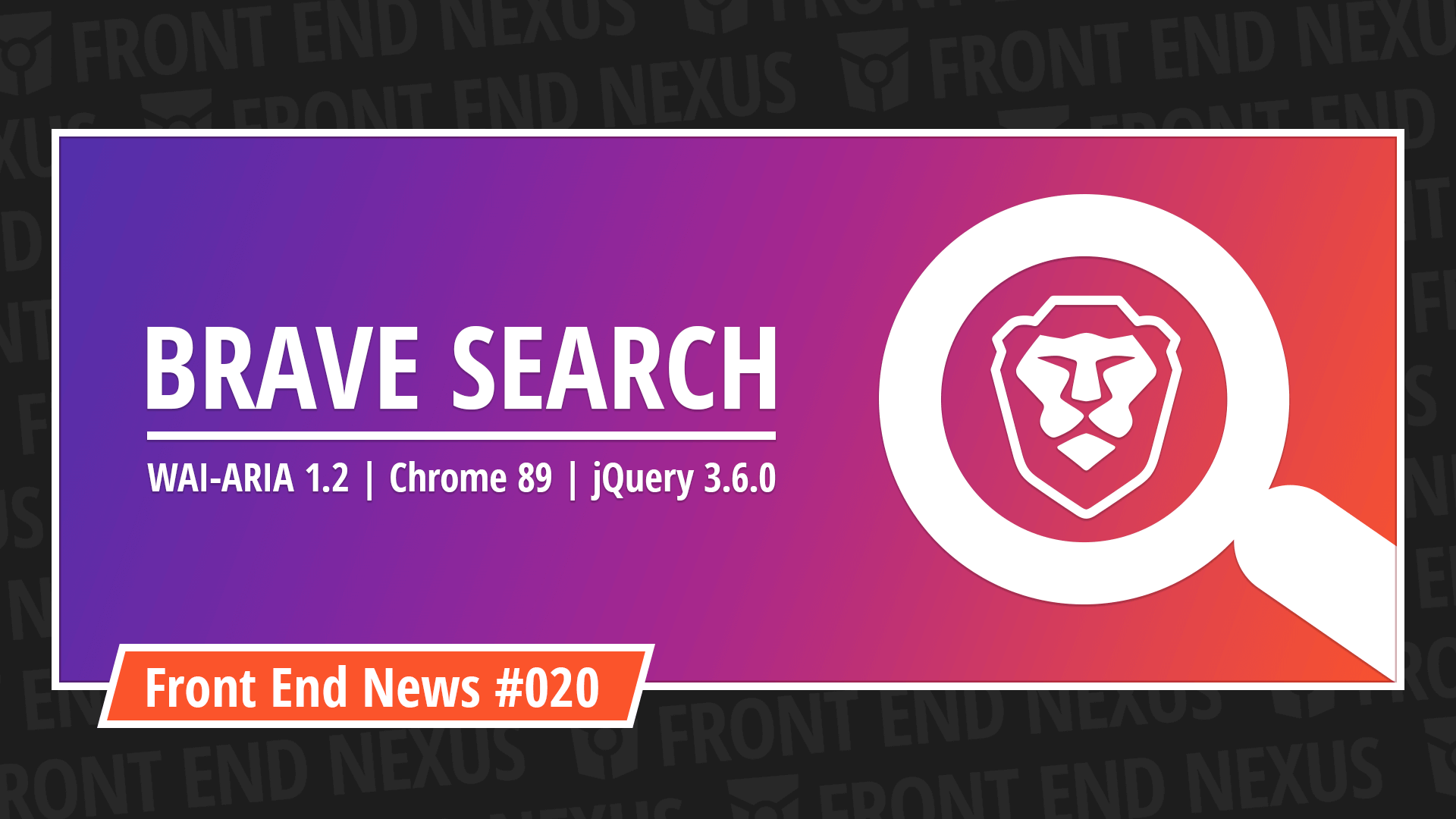 Brave enters the Search Market, Chrome 89 rolls out, and WAI-ARIA 1.2 is now a W3C Candidate Recommendation

Browser news take the front page this week. Brave enters the search engine market, Chrome 89 update rolled out to users, and the Flow browser is now available for Raspberry Pi devices. WAI-ARIA 1.2 is now a W3C Candidate Recommendation, while the venerable jQuery has reached version 3.6.0.

The latest iteration of the suite (1.2) has now reached the status of Candidate Recommendation. As a result, the ARIA Working Group is now asking for implementations as part of the next step of the process.

The Brave browser plans to enter the search market. They have recently acquired the open-source engine Tailcat to power the new Brave Search. For more details I'm giving you not just the official press release, but some articles from major publications as well.

Chrome 89 is now rolling out to all users. This version brings stable support for WebHID, WebNFC, and Web Serial. It is also closing a loophole a few developers used to skirt the PWA installability checks.

We're also getting a preview on the upcoming changes in Chrome 90. It will bring new debugging tools for CSS flexbox, an overlay for the Core Web Vitals, and many other features.

We can now expect the Chrome updates to happen more often. From now on, a new update will happen every four weeks, instead of the current six-week cycle. The same thing will happen to the V8 engine release cycle as well. This is scheduled to begin in September, with the release of Chrome 94.

The Flow browser, developed by the British company Ekioh, is a fairly new player on the browser scene. It sports a completely new multi-threaded rendering engine that does not have any relation to WebKit, Gecko, or Blink. And now it is available to use on all Raspberry Pi computers.