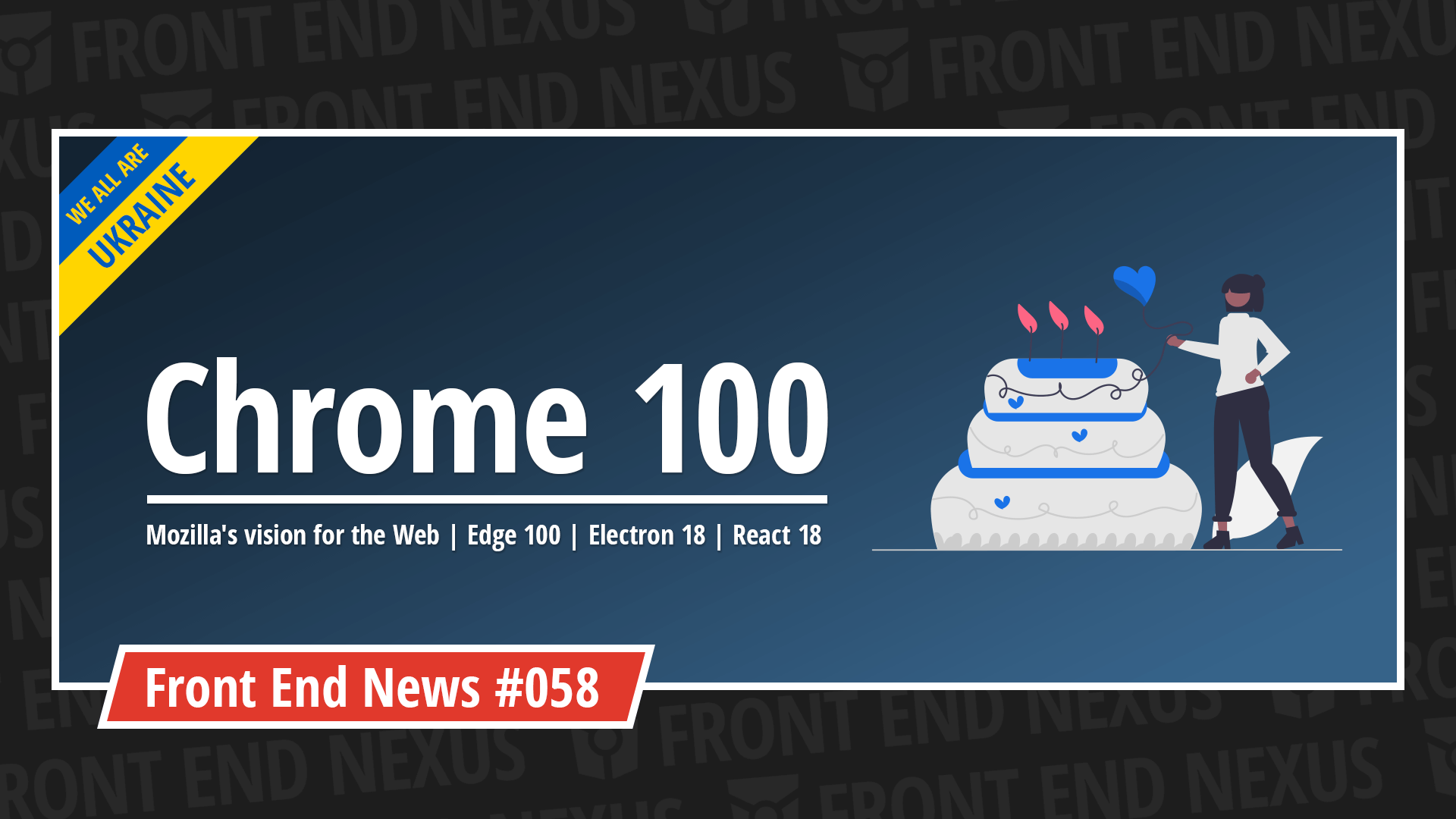 We've reached a major milestone in browser development, with Chrome and Edge being first in breaking the three-digit version barrier. Mozilla presented their vision for the future of the Web. Smashing Magazine published a list of job sources for displaced designers and developers from Ukraine. And the software updates section features Electron 18, React 18, and more.

Chrome has reached a major milestone with the release of version 100. Above anything else, the most important change is the three-digit user agent string. This could trip some scripts that rely on user-agent detection. If you're using anything like that and you haven't tested your scripts yet, have a look at issue 053 for some official guides.

There are plenty of changes under the hood for developers. Such as the option to view and edit @supports rules in the Styles panel, a better Recorder panel, and a lot more.

The Chrome team also did something special to celebrate this milestone: a special page containing 100 cool moments from the history of the web. Enjoy!

Mozilla’s vision for the evolution of the Web

The Mozilla Manifesto highlights three major values of the Web: Openness, Agency, and Safety. They just released their vision on how these values can be upheld in the future.

Jobs For Designers And Developers Affected By The War In Ukraine 🇺🇦

Smashing Magazine continues doing a smashing job in helping those affected by the war in Ukraine. This time they compiled a large set of job opportunities for the designers and developers uprooted from their country.

Microsoft Edge is also rolling silently the update to version 100. Most of the features seem to be aimed at better integration with Windows and other programs. As usual, I recommend you go through the official release notes for more details.

Ukraine is still suffering from the Russian invasion - if you are looking for ways to help, please check Smashing Magazine's article We All Are Ukraine 🇺🇦 or get in touch with your trusted charity.

That's about all I have for this issue. If you enjoyed this newsletter, there are a couple of ways to support it. You can share the link to this issue on social media, and follow this newsletter on Twitter. Each one of these helps me out, and I would appreciate your consideration.

Have a great and productive week, keep yourselves safe, spend as much time as possible with your loved ones, and I will see you again next time!