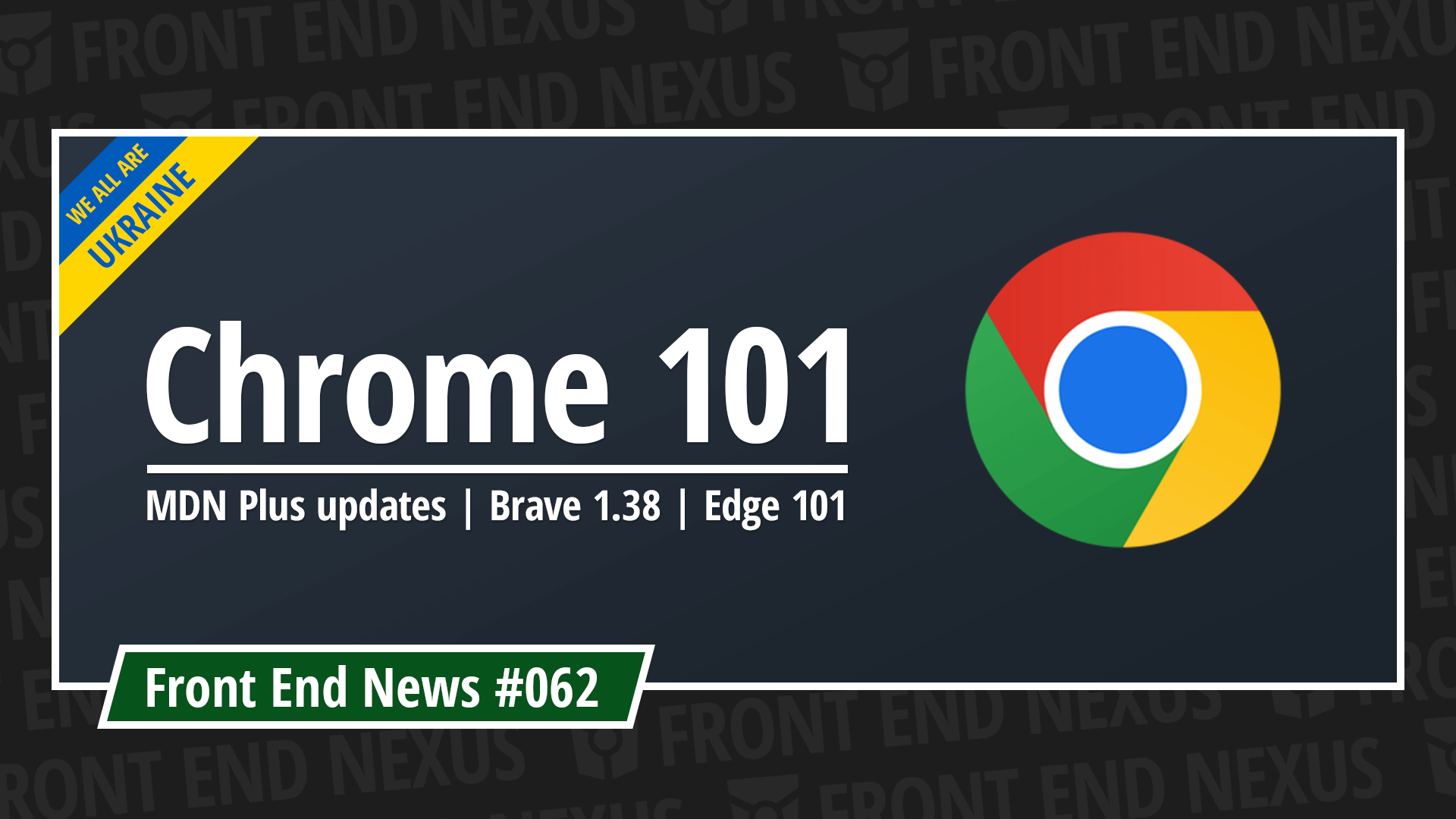 The Chrome 101 update is rolling out to users out there. The MDN Plus program has received updates, with anyone being able to create a free account, while the premium option is available in 16 more countries. In more browser news, Brave 1.38 and Microsoft Edge 101 have also been released over the past week. And the software release section features Node v16.15.0 (LTS), React 18.1.0, and more.

Mozilla released new updates to their MDN Plus program. Anyone can now create an MDN Plus free account. You will be able to receive notifications from up to three selected pages and can save a maximum of 5 articles.

Rachel Andrew published another roundup of the new web platform updates that landed in April. There are two stable launches - Chrome 101 and Firefox 99 - and three beta updates - Chrome 102, Firefox 100, and Safari 15.5. The article does not include any details about any other Chromium-based browsers, even though the features that are launched in Google Chrome don't necessarily make it to the other browsers, such as Microsoft Edge, Brave, or Vivaldi.

Brave released update 1.38. The updated Brave Shields panel helps improve your privacy. You have the option to always skip AMP pages and go straight to the source. And Gemini users can now connect to the Brave wallet.

Chrome 101 launched this last week. Surprisingly, there is no article on the developer blog with the release notes. However, we still got hints of the changes from other sources (like Rachel Andrew's article above or the Chrome Status roadmap board linked below).

Two major features landed in this update. The first one is the support for hwb() color notation. The second one is the new Priority hints feature, which allows you to suggest to your browser the order in which it should download resources.

Developers can now view Cascade Layers in the Styles panel. They also received the tools to use the hwb() color mode.

Microsoft Edge keeps with its policy of launching updates silently, without much announcement. Their release notes also seem targeted more towards system admins. As such Edge 101 features a Client Certificate Switcher, the option to Launch Progressive Web Apps (PWAs) from the favorites bar, or Improvements to the Enterprise Site List Manager. There is also a long list of new policies, but I am not going down that rabbit hole.

Ukraine is still suffering from the Russian invasion - if you are looking for ways to help, please check Smashing Magazine's article We All Are Ukraine 🇺🇦 or get in touch with your trusted charity.

That's about all I have for this issue. If you enjoyed this newsletter, there are a couple of ways to support it. You can share the link to this issue on social media and follow this newsletter on Twitter. Each of these helps me out, and I would appreciate your consideration.

Have a great and productive week, keep yourselves safe, spend as much time as possible with your loved ones, and I will see you again next time!